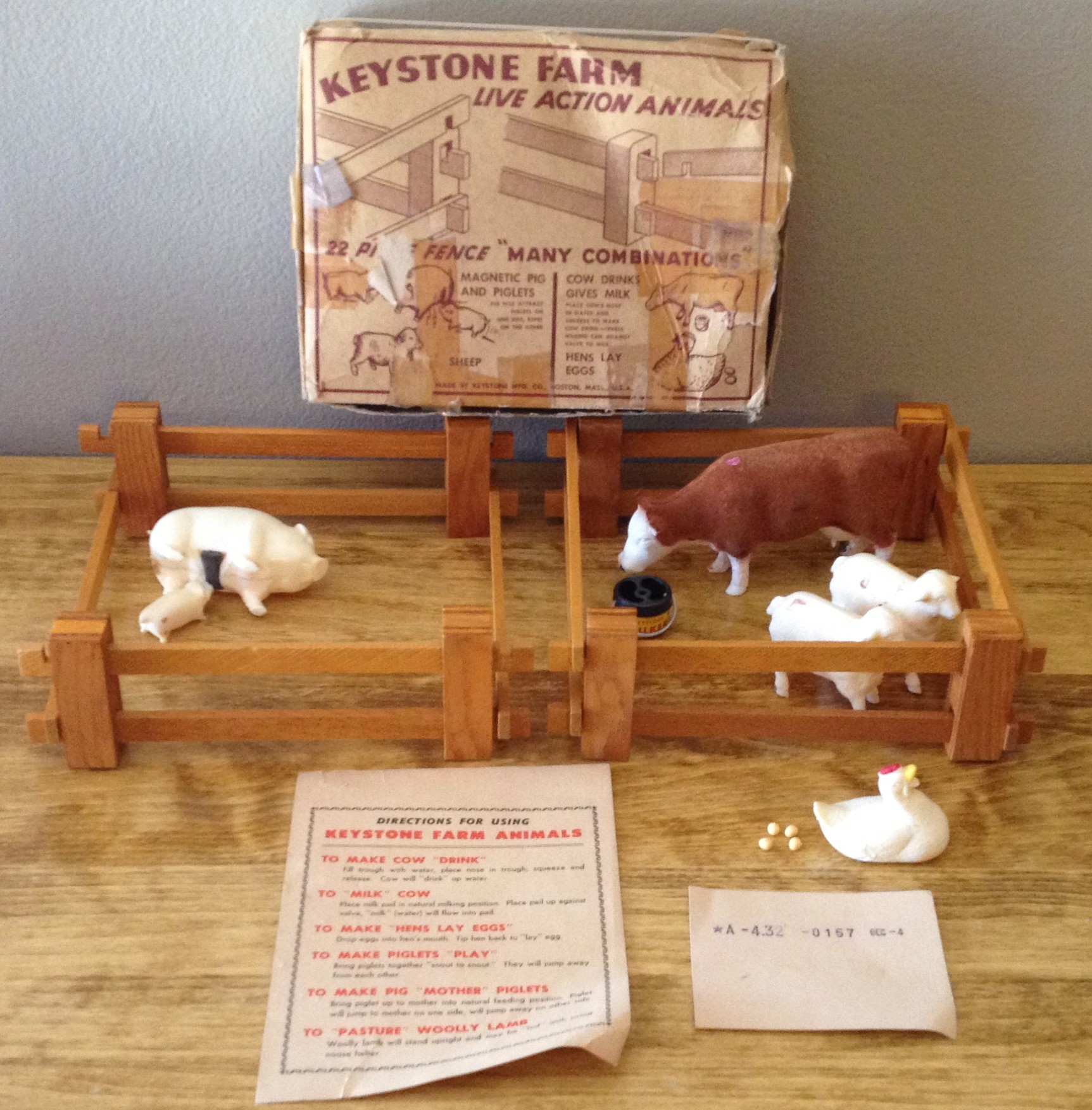 This set of farm animals consists of a magnetic pig with two piglets (one is missing from this set), two sheep, a milking cow and an egg laying chicken.  The cow is made out of a pliable rubber and the rest of the animals are make of plastic.  The pig has a magnet on its underbelly that attracts the piglets to fed.  The cow will draw milk through its mouth, when squeezed, and then can be milked into the pail by depressing a plunger in the udder.  This is the first black milk pail that I have seen.  The sheep do not have any action to them but the chicken lays eggs.  The plastic eggs are placed into the beak and when the chicken is tilted back it lays an egg.  The eggs are always the first of the pieces to be missing due to their small size.  Fencing for this set consists of 22 pieces which seems odd in that you need two more rails to complete two pens.

This set does not have any model numbers on the box which would imply that it was part of a larger set.  The #619 Farm did come with the same number of animals that this set has but without fencing.  I have seen two different types of boxes that the animals came in when included in the larger set.  The older is a plain box that just describes the contents and a later version that is green with a large cellophane window in the cover.  Again these didn’t have fencing.  So what is this set?  Is it from an unknown “deluxe” farm set or was it sold as an additional set that could be ordered by mail?