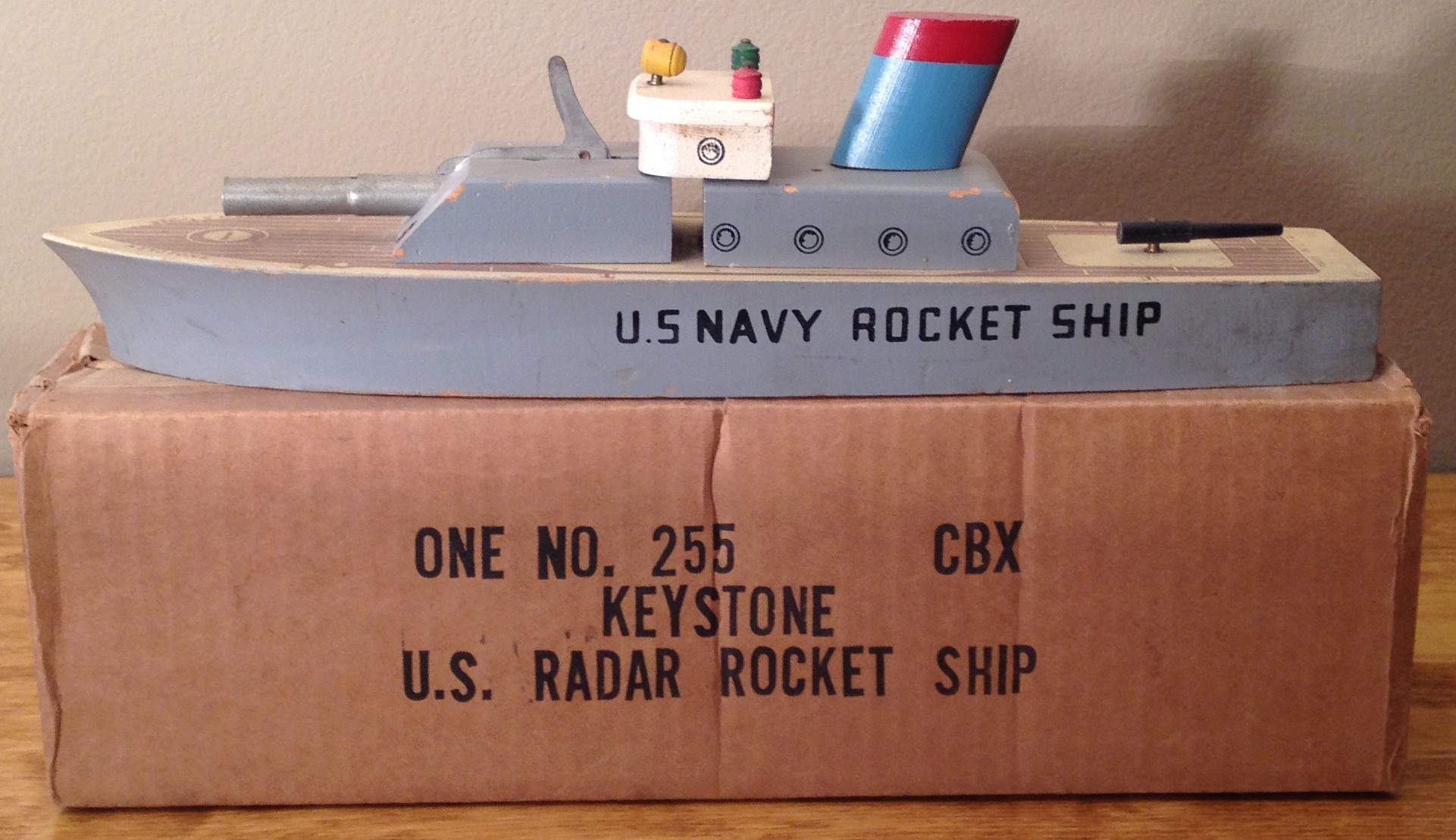 This Rocket Ship measures 14′ x 3.5″.  The front of the upper deck turns as an independent gun turret.  This is another “at the moment mystery”.  This is the box that it came in and the does read no. 255 but stenciled on the other side it says no. 279.  I have yet to see this ship in a catalog.  I think that Keystone used a box on hand for the early run of this ship.  The ship itself was repainted in the factory.  The bottom of the hull was originally red but was repainted to the matte gray and then designated  U.S. Navy Rocket Ship.  It is also odd that the box is “U.S. Radar Rocket Ship” but the ship is “U.S. Navy Rocket Ship”.  I believe that this ship was produced sometime after 1953.