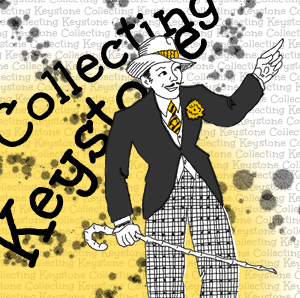 Over the weekend I was trolling the internet and found an interesting bit of information.  It has been widely believed that Keystone Manufacturing and Keystone Wood Toys Inc. closed in 1958.  Many times it is said this was due to the death of Chester Rimmer which is incorrect because he didn’t pass away until 1984.  I am inclined to agree with the closing date being sometime in 1958 but the Boston City Directory for 1959 still lists both companies as active.  Now you always need to factor in when the information for the latest edition of anything was collected so it is possible that the doors were shut in 1958 after the info for the directory was collected.  An unrelated listing in the same directory mentions a death that occurred on the 28th of September in 1958 so I don’t think the information is much out of date if at all.  I’m still looking for the smoking gun that says “closed on this date” but maybe the date has been moved back by a year.

I also found information about a fire at the Keystone factory in April of 1946.  This is also the first year that Keystone Wood Toys Inc. appears as a separate company.  I wonder if there is any correlation between the two events.  Only time will tell.