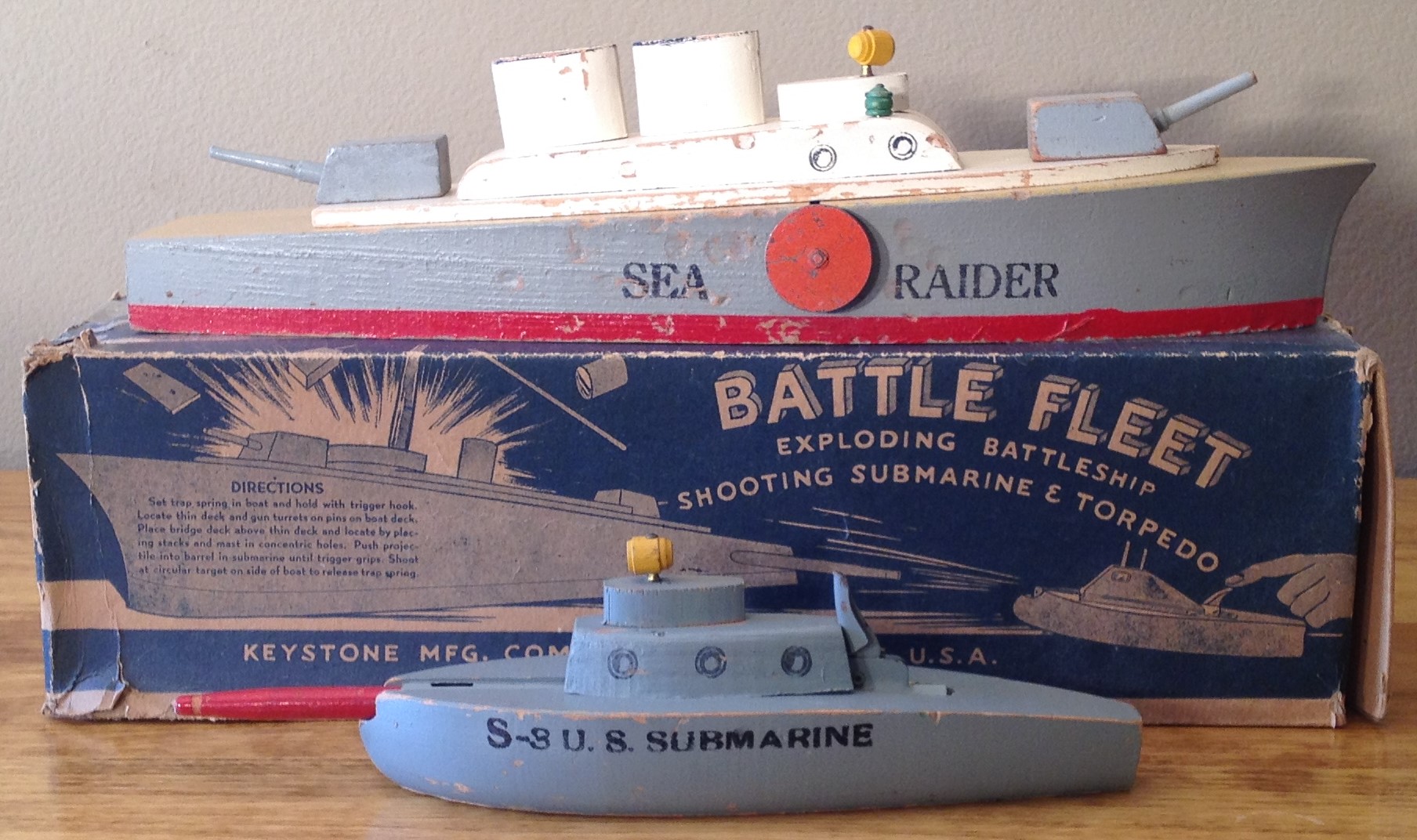 This set has a ship that measures 13.5″ x 3.25″ and a submarine that is 8.5″ x 2.5″.  The ship has a mousetrap spring in the center that will explode the upper deck from the hull when the red target is struck.  The deck would explode into three pieces. This is one of three versions that were produced by Keystone.  It was produced after 1942.  The box is labeled #657.  At this point I do not know when the #206 became #657 or if there was a period that say both numbers being produced.