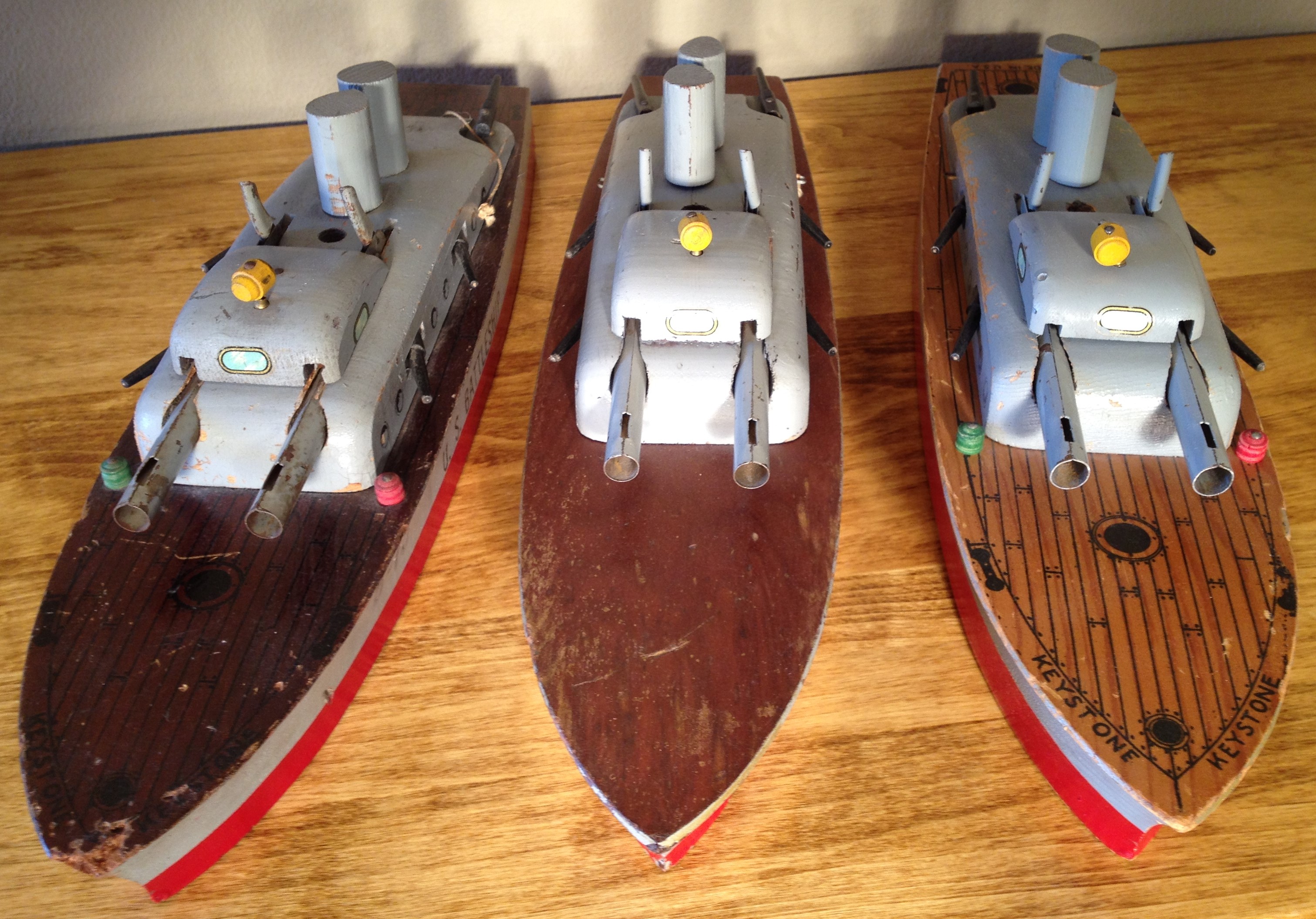 These battleships are 15.5′” x 3.75″.  They have firing guns in the front.  The projectiles are pushed back into the gun tubes until the springs lock.  To release, the levers, seen behind the tower, are pulled back and the guns fire.  The projectiles will travel several feet with quite a bit of force.  These battleships have a few variations.  These examples have an upper deck that is rounded in the front.  There is another that has a flat upper deck.  Look at the other example on the site and you will see the difference.  The battleship came as a B-15 or a USN-1 designation.  At this point I believe that the USN-1 is the older of the two designations but there was overlap before it was no longer used.  I have also found variations to the deck in design and color.  As seen in this photo there is the stamped deck with a lighter or darker color finish. Then there is the one in the center that does not have a stamped design to the deck.  One of the last differences that I have come across is the model #.  These were produced as #207 and #215.  The #215 is the older of the two.  I have found this number as far back as 1928 on a Jacrim invoice.  Without a picture I do not know if it looks the same as the examples I have on the site.  The change to #207 happened in 1941.  The Keystone Boat catalog of that year  has the ship listed as #215 but the 1941-1942 general toy catalog has the same ship listed as #207.